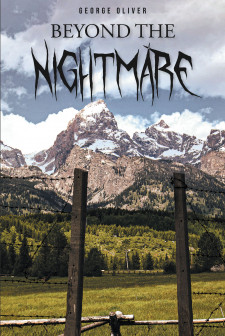 Recent release "Beyond the Nightmare" from Covenant Books author George Olive is a captivating fiction of a post pandemic world that has split apart at the seams. When an underground movement escapee stumbles upon an old acquaintance who is in trouble, he contemplates a rescue mission that could cost his life.

NEW YORK, September 19, 2022 (Newswire.com) - George Oliver, a Mid-Westerner who has traveled the United States, has completed his new book, "Beyond the Nightmare": a compelling tale of despair, loss and the fight for restoration.

Oliver shares, "For three years, the world suffered from a pandemic. Millions died, and countries were destroyed. The United States was not spared and divided into east and west. In the east, the government was controlled by the military. In a desperate attempt to fund a bankrupt budget, it turned to drug and human trafficking. The western states set up a provisional government and supported an underground movement in the east.

Five years after the last pandemic, an underground unit in the east was ordered to disband and its members were to escape. As Frank Edwards began his escape, he wanted to escape not only from the nightmare that he had been fighting in the east, but from his own personal nightmares. His escape would require the help of the Ojibwa and Lakota tribes from whom he would learn of the nightmares that Native people have lived through.

Just as his escape started, he came across a human trafficking operation. In the group of prisoners were Alissa Montgomery and her daughter; she had worked for Frank before the pandemic came. Should he try a suicidal rescue attempt and save them from their nightmare or continue on without them and add to his nightmares?

Beyond the Nightmare is not only about getting beyond the nightmares of life, but about a journey of recovery, healing, restoration, and rejoicing in the day the nightmare ends."

Published by Covenant Books of Murrells Inlet, South Carolina, George Oliver's new book shares a captivating story of one brave man who ventures beyond the nightmares to save an old friend and restore life to its former glory.

Readers can purchase "Beyond the Nightmare" at bookstores everywhere, or online at the Apple iTunes store, Amazon or Barnes & Noble.